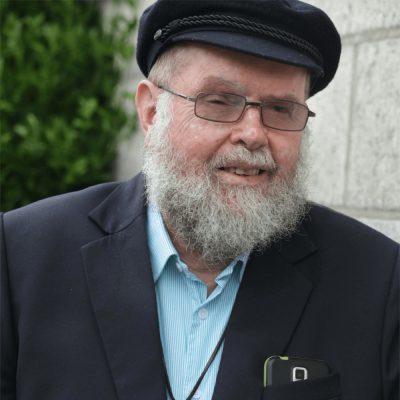 The Diocese of Algoma is pleased to welcome back Michael Lapsley, SSM, who served as one of the speakers at this year’s online clergy conference. This inspiring speaker, teacher, and witness to the gospel will be in North Bay and Sudbury, September 15-18, and his visit will include two events open to the public.

Father Michael Lapsley, is a South African Anglican priest and social justice activist, who serves as Director of the Institute for Healing of Memories. He played an important role in assisting South Africa’s Truth and Reconciliation Commission.

In 1973 he arrived in Durban, South Africa as an undergraduate student. During the height of apartheid repression, he became chaplain to students at both black and white universities in Durban. In 1976, he began to speak out on behalf of schoolchildren who were being shot, detained and tortured.

In 1982, following a police raid in Maseru during which 42 people were killed, he was exiled to Zimbabwe. There in 1990, three months after Nelson Mandela was released from prison, Fr. Michael was sent a letter bomb by the apartheid regime. He lost both hands and the sight in one eye in the blast, and experienced severe burns. This happened shortly after he had visited an elementary school in North Bay, and he remembers the comfort and hope he felt when cards and pictures created by children at the school arrived in his hospital room.

During his visit to Algoma, there will be two public events for people to gather for worship and hear Fr. Michael speak:

Sunday, September 18, 10:30AM – a Celebration of the Holy Eucharist, followed by a Q&A session, at Church of the Epiphany in Sudbury. This event will also be livestreamed, and a link will be posted during the week before the event.

In addition Fr. Michael will be meeting with clergy in the east deaneries of the Diocese, visiting schools in North Bay and the teen lunch program hosted by St. Brice’s Church, and sharing in a gathering with people preparing for ordination, pastoral visitors, and chaplains.

His book Redeeming the Past: My Journey from Freedom Fighter to Healer is available here: https://en.novalis.ca/products/redeeming-the-past