Condolences to the Peever family

On the eve of day the church remembers John the Baptist, prophet and forerunner of Jesus, whose bold  prophetic preaching led many to the feet of Jesus to become his followers, our Lord called one of those followers home to his Father’s heart.

The Rev. Canon Bain Peever died peacefully at the Manitoulin Centennial Manor in Little Current on June 23rd 2020 at the age of 83, following a lengthy illness, with his beloved wife, Lynda by his side. This month Bain would have celebrated the 57th anniversary of his priestly ordination, a calling he lived out faithfully and with great devotion to those he served.  His ministry in the Anglican Church has taken on many twists and turns over the years depending on where God called him to go. In the early 1960s, he was sponsored for his ministry by Archbishop Wright in the Diocese of Algoma and served his first term in The Mission of Mindemoya and Kagawong.  When the Dean of St. Luke’s Cathedral in Sault Ste. Marie became ill, he was asked to become a curate there, and in 1969 found himself on the eastern shores of our country as the Director of Christian Education and Youth Ministry, as well as a support worker for clergy in Newfoundland and Labrador.

Ontario called again and in the mid seventies Bain and his first wife, Dale, along with their two sons, Alan and Bruce, moved to the Diocese of Ontario where Bain began a new ministry as the Director of Programs and editor of the Ontario Churchman, the local church paper. He also served as the manager of The Book Room in Kingston and was named a Canon of their Cathedral church.

In the 1980s, Bain became the Incumbent of Trinity Anglican Church in Cornwall and is remembered for his invitation to Her Majesty Queen Elizabeth to attend that church’s 200th Anniversary, which she did. Who could ever say no to one of Bain’s requests!

In the late 1980s, the family were once again on the move, this time to St. John the Evangelist in London, Ontario. In May 1988, he was named Canon of the Cathedral of St. Paul. He ministered in the Diocese of Huron until he retired and returned to his first love, Manitoulin Island. He and Dale transformed their lovely summer cottage into a permanent home, which many of us have fond memories of visiting over the years. It was called; “Peever’s Point of View” and we all know that he had many of them. Bain was invited to be the Incumbent of Great Spirit Island which were the congregations of St. Paul’s Manitowaning, St. John’s in South Baymouth and St. Francis of Assisi in Mindemoya. During these years Bain, was an active member of the Sudbury – Manitoulin clericus and they remember his ‘larger than life’ presence at summer barbeques and Christmas parties. He was ‘Santa’ for years and his remarks to the clergy and their families as he offered them a small gift from Santa’s sack will never be forgotten.

Archbishop Anne remembers fondly that, like John the Baptist and Jesus, Bain needed no church building for his ministry, no fixed pulpit to preach God’s word. Instead he used every venue and opportunity to boldly preach the gospel as he had received it.  There was always good news when Bain preached.

Whether he was standing on a city sidewalk or the local grocery store in Mindemoya, sitting in the living room or at the bedside, or wandering in the gardens or camp of his ‘flock’, Bain listened to each person and shared the truth that each one of us is a beloved child of God, worthy of endless care and attention.

Bain’s love of creation and the great outdoors had him becoming deeply engaged in Camp Manitou, both as the Chair of their capital campaign in 2001, and as a much loved pastor to those who visited the camp in the summer months. His ability to speak with passion and energy about the importance of camps for children, youth and families resulted in a tremendous restoration of Camp Manitou. Clergy in Algoma will remember that he found a way to incorporate a few words about Camp Manitou every time he spoke at a clergy conference or synod.

Bain’s life was not without its sorrow. His first wife Dale died of Picks Disease in February 2001 and his youngest son Alan of cancer two years later, which were both very difficult for Bain and led him even more deeply into his ministry of care for those struggling with illness – both the physical and the mental.

There was to be another love for Bain. On November 11th 2011 he married Lynda Peever and together they continued to share in ministry on Manitoulin Island until Bain retired in 2013.  Lynda ‘managed’ Bain well and he came to rely on her more and more, especially in the last years of his own life when dementia claimed him as it had his first wife Dale.

Today we grieve his death but we rejoice that he is no longer suffering but resting in peace in the arms of his Saviour and Lord.

Colleagues and friends of Bain around the Diocese of Algoma and wider church are remembering Bain with fondness today. Here are some memories which form a small but beautiful collage covering some of his rich and colourful life.

Bishop Tom Corston – So many memories. I will always be grateful for Bain’s friendship and mentorship, and his encouragement when I needed it. I am sure we in the Sudbury-Manitoulin area will miss our annual Deanery Christmas Santa…and the annual barbeques on the deck of his beautiful home…I will miss his challenging opinions and views on numerous topics, always trying to get us, his colleagues, to expand our thinking! I will miss his humour and his infective joy at life itself. The only time I saw him falter was when he could no longer preside at the Eucharist as he started to experience his illness. It was a sad moment and he became emotional. But very quickly he gathered himself and became his usual enthusiastic, gregarious person. Rest well my friend.

Dorothy and Jim Anstice – Bain was a true pastor – a shepherd to his flock. He loved and cared for each of us. His gift was to sincerely listen to someone’s concern, remember it, and follow up on it.  I recall once when a complaint was voiced about a fellow parishioner, Bain said “We gotta love the ones God sends.” And he did. His enthusiasm and positive outlook were unending – sometimes to the annoyance of a complacent congregation! His work is done. May he have safe lodging, a holy rest, and peace at the last.

Anne Cole and Ron Mulholland – Bain’s involvement with Camp Manitou started in the 1960’s. He brought youth to work camps which were enough fun to keep them coming back. After a many year absence, he returned to invigorate the operation by leading a much-needed capital campaign and the transition to an incorporated body. The ability to see what was required, then have the confidence to go there, not only renewed Camp Manitou but showed those of us who volunteered with him, that much is possible. He taught us that people need to give. He could look you in the eye and ask a tough question with kindness. He was not afraid. We miss him.

Bishop Stephen Andrews – Bain was a gregariously affectionate and hospitable individual with a lively sense of humour. When I was consecrated, he gave me a crozier he had commissioned by a Manitoulin woodworker. It was fashioned out of a gnarled tree root, and was inscribed with an “S” at the crook. With a twinkle in his eye, he assured me that this was for ‘Stephen” and not for “Superman”! Everybody on the Island seemed to know Bain and today, while we thank God that he has been relieved of his earthly responsibilities, we mourn that we have lost a friend and a caring pastor. Our prayers ascend for Lynda and his family.

Bishop Todd Townshend (Huron) – Bain was a faithful and unique servant of the Lord and tenacious steward of creation. May he rest in peace.  I’m eternally grateful for his laughter, and his friendship and mentorship.

The Rev. Dr. Bob Derrenbacker – I will miss Bain’s friendly smile and wise counsel. I will particular miss Bain’s perennially hopeful demeanour, particularly when it came to his beloved Maple Leafs!

The Rev. Doug Prebble – I miss the old stories of his deer hunting days sitting in the tree stand in the fall. It was a sad day when he told me his hunting days were over but those latter years, he took more enjoyment of watching the deer and sitting in the silence of the woods. I look forward to sharing the stories again. Thanks be to God for bringing him home.

A small funeral will be held in the coming weeks with a Memorial Service at St. Francis of Assisi, Mindemoya, at a later time.

Let us pray: Almighty God, Father of mercies and giver of comfort, deal graciously, we pray, with all who mourn; that casting all their care on you, they may know the consolation of your love, through Jesus Christ our Lord. Amen. 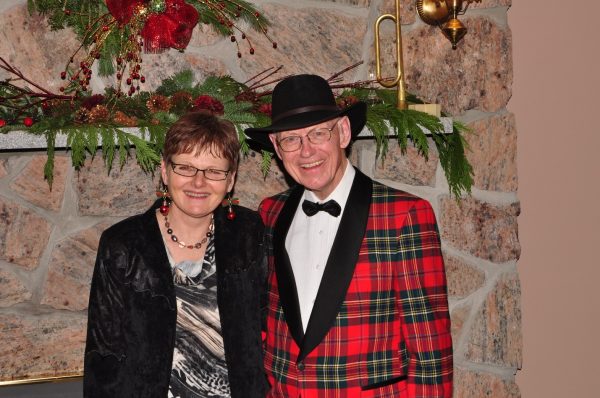 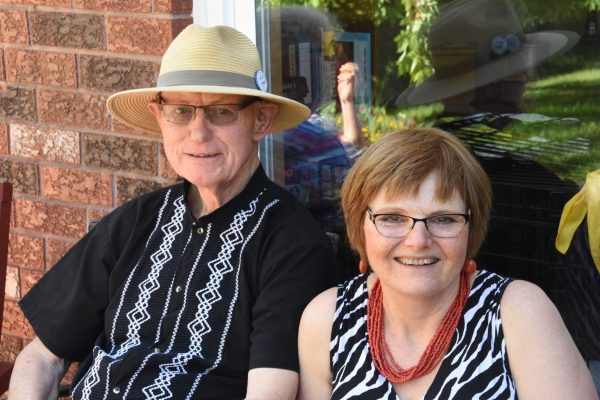