Home / Latest News / The World according to Bob — sort of

The World according to Bob — sort of 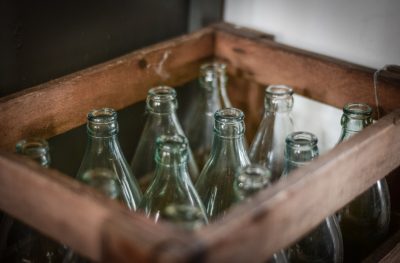 A letter to Liz Hamel from the Rev. Canon Bob Elkin…some thoughts to ponder and lighten our hearts!

Liz, this is your lucky day!  As my sainted mother used to say:  “The Bluebird of Joy is about to unload on your birthday cake!”  We think that was a good thing but mom’s filters got a bit sketchy as she aged and we weren’t always sure.  Anyway, I  have an idea to share with you that will solve all the financial problems of Algoma, make Archbishop Anne faint with happiness  and cause  your name to be a household word in the diocese, in a good sense of course.  So here it is.

As you know,  it is impossible to return empty beer bottles in Ontario right now.  I realize you may not know as you’ve always struck me as a bit innocent, a quality in you that I’ve always admired.   To verify this, ask Treasurer Jane about it as she’s always struck me as a woman who knows her way around  beer stores, a quality in her that I’ve always admired.  Beer stores don’t have space to store bottles  and the trucks won’t come to haul them away so people have to keep their empties at home perhaps for months or they have to throw them away which is a tremendous blow to the environment.  Neither option is good.  I’ve put mine in the garage but they are in my way and I have a four car garage and ride a bicycle so you can see the problem.

Never lose sight of the fact that beer bottles are worth money.  Ten cents each which adds up to $2.40 a case which can become real money real quick and Anglicans are not opposed to drinking beer.  The ones I know will suck it up through a dirty rag if they have to so there certainly is a growing  supply of empties piling up in Anglican homes and we’re going to offer a public service to the people of Algoma.  They can bring their empties to us and we’ll take them off their hands and get them out of their way.  It’s a win-win situation.  They get their garages back and we get the bottles, worth $2.40 a case.  When this emergency ends the trucks will roll again, beer stores will want their bottles back and we’ll go cash them in and get the money.

Now I can hear my detractors saying:  “But Bob you idiot, we’ve got the same problem as the beer stores!  We don’t have storage space for them either.”  Gee, why didn’t I think of that?  Oh where can the Anglican Church find great big empty buildings right now that aren’t being used for anything at all, even on a Sunday?  Hey, I’m not as dumb as I look!   Every city and town in the diocese has a big empty church just sitting there doing absolutely nothing for the duration and begging to be filled up with empties.  I see a divine hand at work in this idea….a need appears and a need is met.  Voila!  There might be a slight catch if the need to not congregate  were to end suddenly on a Saturday and the churches were needed the next day  but I’m sure that Archbishop Anne, once she’s on board, can make some pronouncement  that we’re all going to worship outside in the parks  to celebrate creation or whatever.  Easy peasy!

Of course, this does beg the question:  “How do we get Archbishop Anne on board?”  Like I said, a need appears and a need is met!  We’ll let her know that the first $4,000,000.00 we get from the empties’ money goes to permanently fund the position of Bishop in the Diocese.  What’s not to like about that?  And from what I know about the beer drinking habits of Anglicans that’ll be chump change.  We’re talking big bucks here.

So there’s my idea which I give to you.  You might be wondering why I don’t pursue this myself but I’ve noticed that, whenever my name comes up regarding some project, people start screaming and running for the doors, so I thought it would be better if it was put forward under your name.  You are a natural leader, you have the ear of the Archbishop and, as I mentioned previously, you’ve always struck me as a bit innocent, a quality in you that I’ve always admired.   So, run with it girl!  The reflected glory I’ll receive as your rector is more than payment enough for me!

Dear Bob…wine bottles should be included!!